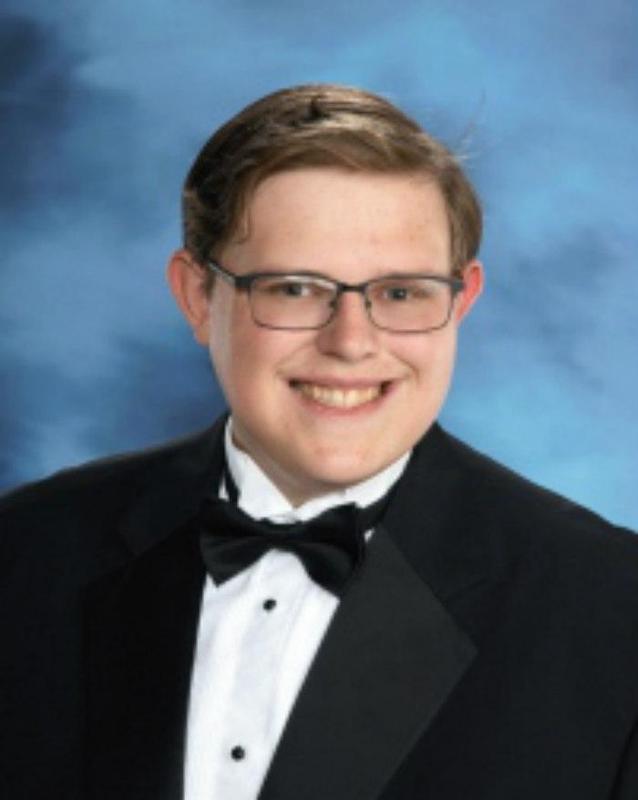 The creation of a 3D letter seal in computer integrated manufacturing class inspired the Waxahachie Global High salutatorian to seek a degree in chemical engineering. Collin Robinson will attend the University of Texas at Tyler, hoping to make a difference by creating more substantial plastic materials.

“I really enjoy engineering, and at the same time, I also like chemistry, and there’s a field for it,” Robinson said. “I really enjoy the sketches, the notetaking, and the repetition.”

While attending Global, Robinson studied under the engineering academy and took all five STEM courses. Exposure to all engineering fields allowed Robinson to grasp a better understanding of each track and decide on what his future would hold. Before the Global experience, Robinson said he wanted to pursue a path in the medical field.

Robinson recalled the college course Principals of Engineering, where he took on an energy project that focused on biofuel being the future. He was tasked with making more efficient fuels out of decaying plant matter.

“That was a fun one,” Robinson said.

Engineering is a passion of his “because when I set my mind on something, I kind of keep rolling with it. I’m usually determined to solve problems, so once I start, I won’t stop. I feel like that’s good for engineering when it comes to problem-solving, retracing your steps to try and fix those mistakes.”

Robinson recalled his freshman year seeing his class ranking at the bottom of his report card and being “like ‘wow, that’s crazy.’” Through his high school career, Robinson did not stress about the ranking but instead focused on his work ethic and studies.

“I’m really proud of myself,” Robinson said as he explained what salutatorian meant to him. “I always studied hard and never treated school as a joke.”

Robinson was involved in Flo State Club, which focused on the art of designing games. He was also an active member of the National Honor Society, competed in UIL Science, and was in the first group of theater students at Global.